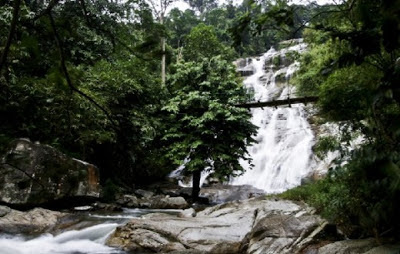 The majestic Lata Kinjang waterfall is visible from the North-South Expressway after passing the Tapah exit. Cascading 850m down the side of a mountain, this multi-tiered waterfall is a spectacular sight indeed. Not only it is a good picnic spot, it is also famous for its legendary Malay character, Sang Kelembai who had lived with her child. Sang Kelembai was said to be a female giant with red hair and villagers feared as her curse would turn anything into rock. The rocky terrain of Lata Kinjang was supposedly formed when she cursed the spot where her child was crushed by a tree.
This story is still passed down from generation to generation. 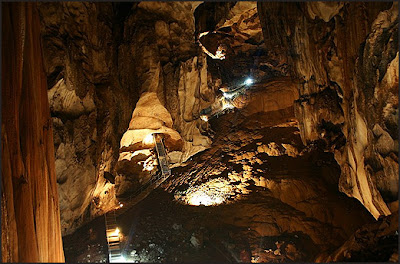 If you are looking for adventure during your stay in Ipoh, then Gua Tempurung is where you should head on. The trek into the caves, littered by amazing formations of stalagmites and stalactites will delight you as you wonder at the powers of nature within the caves themselves as well as the surrounding landscape. 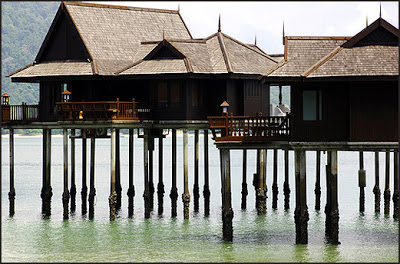 Just over an hour's drive away from Ipoh lie the pristine white beaches of Pangkor Island. It is near enough for a day trip to the beach or if you prefer, the island has numerous accommodation options to choose from. Dive into clear waters for a relaxing swim or invigorating sea-scooter riders or just laze about the beach with a cool long drink. 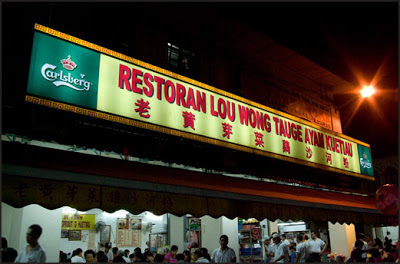 Located in the heart of ipoh, is the famous Lou Wong Bean Sprouts Chicken or as the locals refer to as Nga Choi Gai. Just a mere 3 minutes drive from Tower Regency Hotel & Apartments, indulge yourself in a yummy steamed chicken served in soya sauce and sesame oil, crunchy bean sprouts and smooth textured Sa Hor Fun, aka Keuy Teow. 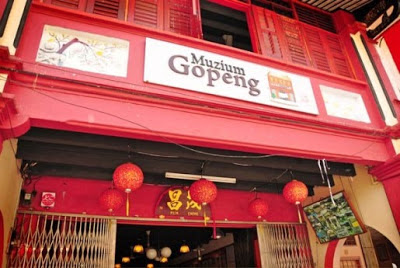 The most recent attraction in Gopeng is the one and only Gopeng Museam, launched on April 18, 2009. The house-turned-museum is a small unit of pre-war shophouse lot at 28, Jalan Eu Kong, at the centre of Gopeng town. It is developed by Bernard Yaw, a businessman, a Gopeng origin. A number of artifacts and pictures depicting an unseen before Gopeng are well displayed in this town museum which is now under secure supervision of Gopeng Museum Management Society, also headed by Bernard Yaw. 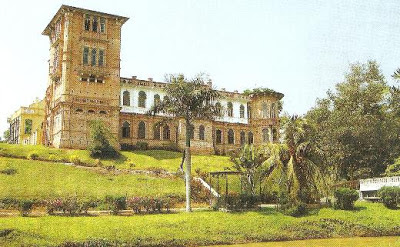 This well-known relic was the brainchild of the Scottish rubber tycoon William Kellie Smith. Construction started in the late 19th century. However, during a trip to Lisbon, Smith passed away suddenly at the age of 56 and his abode was never completed. Popularly known as Kellie's Castle, these ruins are also often referred to as Kellie's Folly and is located about half an hour's drive away from the city. 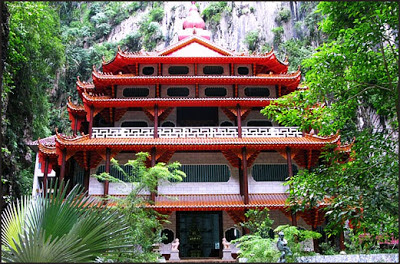 The Sam Poh Tong Temple is located 5km south of Ipoh in an area called Gunung Rapat. Discovered in 1912, it is an impressive work of art and faith with numerous statues of the Lord Buddha nestled among the naturally-formed stalagmites and stalactites of the caves. Visitors can also feed tortoises which reside in a pond inside the cave (the tortoise is the Chinese symbol of longevity) next to a wishing well. After you trek through the temple, delight in the vegetarian cuisine of the restaurant outside as you appreciate the beautifully decorated exterior pavilions and landscaped gardens. 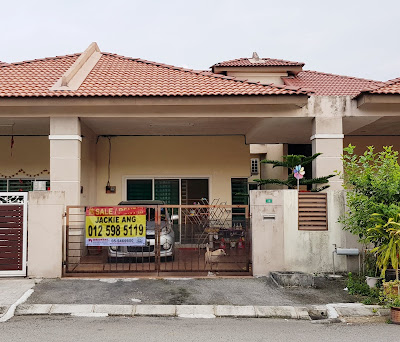 PROPERTY OWNERS ARE WELCOME TO LIST YOUR PROPERTIES WITH US ! ﻿欢迎业主委托产业！很高兴能为您服务！ 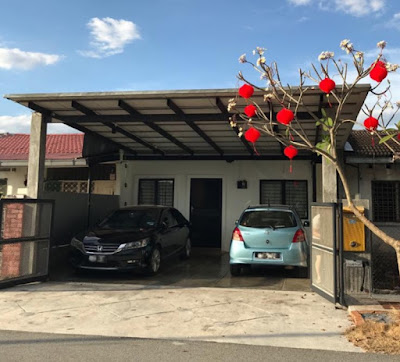